5G or not 5G? That is the question. What began as rumors from the bleeding-edge of technology whispered in only the most informed circles has now made its way to the front lines of every telecommunication company’s marketing offense. “5G is coming,” says one. “5G is here,” says another. We all remember the first smartphones and the birth of 3G, 4G, and then 4G LTE; incremental improvements to a mobile network offering more data, more content, and more speed. So is that what all of these tech giants are raving about? Another step forward? Or is 5G something greater: a revolution in the way we consume and share data?

Simply put, 5G is the 5th generation of a wireless network. More specifically, it refers to an ambitious collection of features agreed upon by the 3rd Generation Partnership Project (3GPP). 3GPP is a forum comprised of telecom industry leaders with the goal of developing global standards for mobile networks. Together they put together a long list of benchmarks for 5G: home broadband, office broadband, gigabit mobile speeds, vehicle communication and automation, smart cities, smart homes…the list goes on.

3GPP aren’t the only ones with a lofty definition. “5G is a promise,” said Verizon CEO Hans Vestberg. “When we think about 5G, we think about 10 gigabits per second throughput, we talk about 10x battery life, we think about 1000 times more data volumes in the networks. It’s just radically different. I would say it’s a quantum leap compared to 4G.” 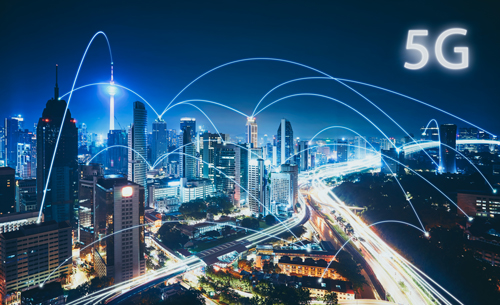 If that sounds overwhelming or perhaps a little vague, don’t worry. It’s supposed to. They are managing expectations by painting the 5G picture as a confusing science fiction daydream. At the same time, it’s accurate. Unfortunately for the telecommunication companies and consumers alike, none of this is possible with our current equipment or networks. It is a massive undertaking and the global cost of the transition is estimated to reach $2.7 trillion by 2020. It is unlikely that even these tech giants are able (or willing) to foot the bill.

So who pays for it? They’re hoping consumers will, at least in part. By introducing “5G-ish” services – upgrades to existing LTE infrastructure – some companies are hoping to provide premium services that pave the way to a full 5G network. Verizon’s “First on 5G” and AT&T’s “5G Evolution/5G+” are new 5G-branded platforms that are actually Gigabit 4G LTE. The hope is to gradually transition consumers from one service to another.

Providers also recognize that the cost of everything 5G promises might not be one every customer is willing to pay. Therefore it might be necessary to split the network into several tiers based on different needs. This is called Network Slicing and there are several proposed usage scenarios. One method suggested is based on three categories of network infrastructure:

–Enhanced Mobile Broadband (eMBB): This system would provide mobile speeds around 1 Gbps to urban areas using high-frequency millimeter-wave antennas. The downside is that each transmitter only covers a small area, so hundreds would be required to cover a city. In more sparsely populated or rural areas, a less powerful but multidirectional array could replace current 4G LTE equipment.

–Massive Machine Type Communications (mMTC): This refers to a network dedicated solely to M2M (machine to machine) communications. Most of our networks are designed for human communications. With a growing number of IoT and other automated devices, there will likely need to be a slice where they can speak to one another without interference.

–Ultra Reliable and Low latency Communications (URLLC): This slice caters to services that rely on low latency (around 1 ms or less) over high bandwidth. Systems like automated vehicles and automated factories would likely fall in this category.

Another proposed division would have partitions based upon different types of devices. For example, all smartphones could use one slice, IoT devices another, and automated vehicles yet another. It is uncertain which method will be used, but most telecom experts agree that some sort of slicing will be inevitable. 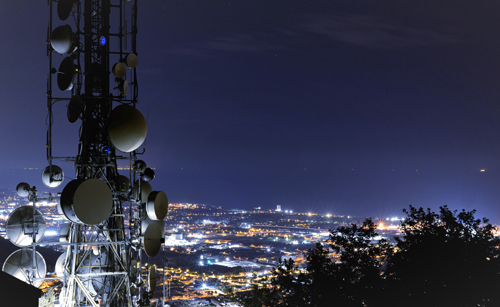 Aside from faster and better services, there are energy concerns that 5G could potentially address. According to several studies conducted by various telecommunication companies, the cost of cooling cellular network equipment accounts for more than half of their operational costs. Global warming contributes to the increasing cost of cooling and in turn, the process contributes to global warming.

As part of a 5G overhaul, a new cell site configuration called C-RAN (Cloud-Radio Access Network) could be implemented. C-RAN is a proposed method of restructuring the way cellular towers and sites work. Moving equipment to a cloud-based platform reduces the cooling requirements significantly. Theoretically, this allows cell sites to eliminate dedicated cooling systems and rely on open-air instead. This could save vast sums of money and wasted energy, and might be necessary for sustainable cellular networks.

Like building the Transcontinental Railroad, 5G is a monumental task and the path forward is a gradual one. It requires a complete restructuring of everything we know and use today. We’ve begun laying the track, but we have a long way to go.

Services like Gigabit LTE will help lubricate and fund the way forward, but they shouldn’t be confused with the final destination. The new frontier promised by 5G is a place where a fictional future becomes reality; a place where cars, people, homes, and businesses are all interconnected, working together in flawless unison at the speed of light; a land of efficiency with full bars on every road and in every building.